1         This club shall be called ‘The Lune Valley Dog Training Cub’, herein after known as ‘the Club’, and its        objects shall be the training of any variety or breed of dog in obedience and agility to handler’s      commands.

All members must agree to abide by the rules of the Club.

2         The Club shall consist of an Honorary Life President and Vice-Presidents as appropriate,             elected at an     AGM and to continue as long as they are members of the club.  A management      committee (“the Club     Management Committee”), an obedience section with committee, and an agility section with committee.  The Club Management Committee shall consist of a Chairman,Vice Chairman,        Secretary, Assistant Secretary, Treasurer and Assistant Treasurer (“the Management Officers”)          elected at the Annual General Meeting by all members.

There will be only one member acting as Treasurer for the entire Club. They will control the finances of      the Club and both sections.

Any officer or committee member not attending three consecutive committee meetings without showing   extenuating circumstances may be removed from the committee and notified by post.

No person, whilst an undischarged bankrupt may serve on the committee or hold any other office or        appointment within a Kennel Club (“the KC”) Registered Society.

Sub-committees may be formed for specific activities with the approval of the relevant section    committee. Interested members who are not members of the section committee but who are members of  the sub-committee must be similarly approved.

3.i      Each member shall be entitled to one vote immediately upon acceptance of membership.  Postal votes   are not allowed.  Voting will be decided by majority at meetings.  In the case of a joint membership one             vote is allowed for each member of the partnership.  Junior membership is for members up to eighteen      years and has the same voting rights as all other members.

3.ii     All Chairmen at all meetings on all matters will not have a vote but shall have a casting vote only where    the voting is level and deadlocked.

3.iii    Section trainers who are not officers or committee members may attend their section committee meetings but do not have a vote.

3.iv    Managements Officers may attend section committee meetings but only as observers.

The Club is a non profit making organisation. Profits and surpluses will be used to maintain or improve the club’s facilities. No profit or surplus will be distributed other than to either another non profit making body which has first been agreed by the members or to members on a winding up of the Club.

5ii      The amount of the Secretary’s, Treasurer’s, Show Secretary’s and Auditor’s Honorarium for the Club Management Committee and each section committee  shall be decided at the AGM and paid out of section or Club funds as appropriate.

6          Bank Accounts will be held in the name of the Club at the National Westminster Bank  Current Account. handling Club, Charity and Obedience monies.  The Agility Account will be held at Barclays Bank.  The Club Treasurer will manage these accounts and pay all money, less cash expenses from both sections and the annual subscriptions into these accounts regularly.  All monies in each sections bank account shall be used exclusively for that section.

Withdrawals shall only be made on the signatures of two of the following officers:

The Treasurer shall keep book accounts as follows: Club / Charity / Obedience and Agility, incorporating all shows and competitions.

6i       The financial year shall run from the 1st January to the 31st December and the certifying of the accounts shall be carried out by one qualified accountant or two unqualified persons with accountancy experience, proposed and elected at the AGM.  All officers and committee members are ineligible to certify the accounts.  All certification must take place before the AGM and certified statements distributed at the AGM.  The Certified accounts will be made available on request to members fourteen days prior to the AGM.

7          Any member who shall be suspended by the KC, rule A42j(4).  Any member who shall be disqualified under Kennel Club Rule A11.j.(5) and/or Kennel Club Rule A11.j.(9) shall ipso facto cease to be a member of the Club.  If the conduct of any member shall, in the opinion of the committee of the Club, be injurious or likely to be injurious to the character of interest of the Club, the committee of the Club may at a meeting, the notice convening which includes as an object the consideration of the conduct of the member, determine that a special general meeting of the Club will be called for the purpose of passing a resolution to expel him or her.

Notice of the special general meeting shall be sent to the accused member, giving particulars of the complaint and advising of the date time and place of the meeting that he or she may attend and offer an explanation.  If at the meeting a resolution to expel is passed by a two-thirds majority of the members present and voting, his or her name shall forthwith be erased from the list of members, and he or she shall thereupon cease for all purposes to be a member of the Club, except that he or she may, within two calendar months of the date of such meeting, appeal to the KC upon and subject to such conditions as the KC may impose.

8       Annual General Meetings.  To receive the reports of all the committees and the statements of accounts,

To elect officers to the Club Management Committee and to elect a President and any Vice President if required.  To discuss any resolutions duly placed on the agenda of which prior notice has been given to the Secretary.  No business shall be transacted at an AGM unless notice thereof appears on the agenda, with the exception of routine matters or those of which in the opinion of the Chairman of the meeting are urgent.

8 i      Notice of such meetings will be given or sent by post, email or other suitable electronic communication.to all members.  Such notice must contain all the relevant information concerning the meeting.

8 iii    Items for inclusion on the agenda to be handed to the secretary 14 days before such meeting and posted on section notice boards as soon as possible after the secretary has received them.

8 iv    The agenda will be circulated at the meeting.

8 v     The Club’s Annual General Meeting shall be held in March each year.

9          A special general meeting shall be summoned by the Secretary if 7 members send a signed requisition stating the subject to be discussed requesting a Special General Meeting to do so.  The Committee of the Club is also empowered to call a special general meeting.  Notice of which must include the business to be discussed and given or sent by post to all members.

9 i      The rules of the Club may not be altered except at a General Meeting, the notice for which contains specific proposals to amend the rules.  Any proposed alterations to the rules may not be brought into effect until the KC has been advised and approved the alteration.

9 ii     The officers acknowledge that during the month of January each year, Maintenance of Title Fee will be forwarded to the KC by the Club Secretary for continuance of registration and that by the 31st July each year, other returns as stipulated in the KC Regulations for the Registration and Maintenance of Title be forwarded to the KC.  The officers acknowledge that it is their duty to inform the KC of any changes of Club Secretary which may occur during the course of the year.

9 iii    The KC will be the final authority for interpreting the Rules and Regulations of the Society in all cases relative to Canine or Society matters.

9 iv    The Club shall not join any federation of societies or clubs.

9 v     The Club must make a list of members and their addresses available for inspection if so requested by the members of the club or by the KC so far as such action shall not contravene the provisions of the Data Protection Act 1998.

10.    The Club agrees to indemnify any Club member authorised by at least one of the Main Management Committee or section committees to enter into an agreement or contract on behalf of the Club against all liability, loss, claims, costs, expenses or damages of any kind whatsoever incurred by that Club member as a result of or in connection with:-

(b)  any claim made against the Club member by a third party for death, personal injury or damage to property arising out of or in connection with the agreement or contract.

Any indemnity provided to the Club member shall apply if the Club member is authorised to enter into an agreement or contract (such authorisation to be recorded in the authorising committee’s minutes) but shall not apply to the extent that a claim arises solely and directly from the negligence or wilful misconduct of the Club member.

11 i    Any dog suffering or suspected to be suffering from any disease must be removed from any training session or competition.

11 ii   All dogs taking part in club training or competitions must be inoculated against the major dog diseases for which core vaccines are currently available according to the vaccination protocol in force at the time as recommended by DEFRA or equivalent government body. Alternatively owners must provide veterinary confirmation that their dog is likely to be immune from the said diseases if requested by a club officer to do so. Evidence of up to date vaccination may be requested on joining the club or renewal of membership. Anyone bringing a dog that does not comply with the above conditions to training or a club competition (whether taking part or not) does so entirely at their own risk and may be asked to remove the dog.

11 iii  Bitches in season will not be admitted to training sessions and club competitions.

11 iv  All dogs not working must be on lead or under strict control.

11 v   In case of dispute, the section committee shall decide in which class the dog and handler shall be placed.

11vi  In the event of an incident which involves a dog showing aggression to another dog or person, the trainer has the right to ask the member(s) handling the dog(s) to leave training with such dog(s) if they consider the incident in their opinion sufficiently serious to warrant it.  The dog(s) in question may be required to refrain from attending training until advised otherwise.

Each Section shall implement an exclusion policy that will, without exception, be followed and implemented as appropriate to the specific circumstances. 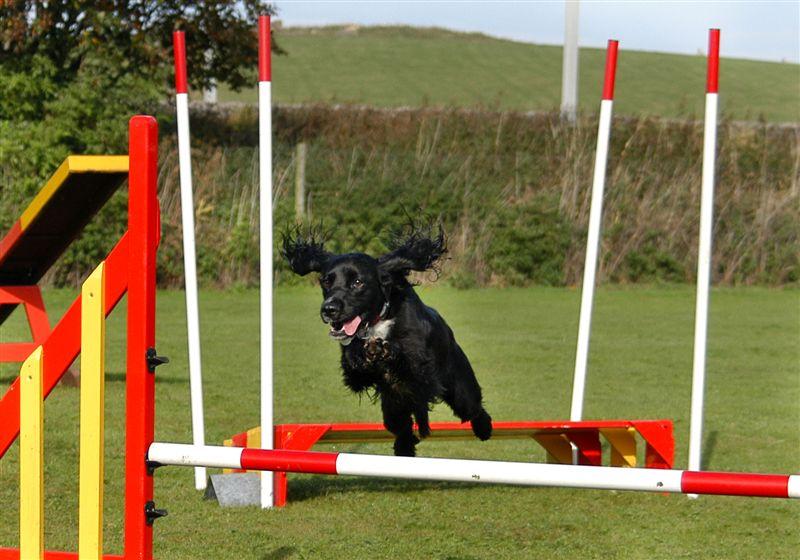 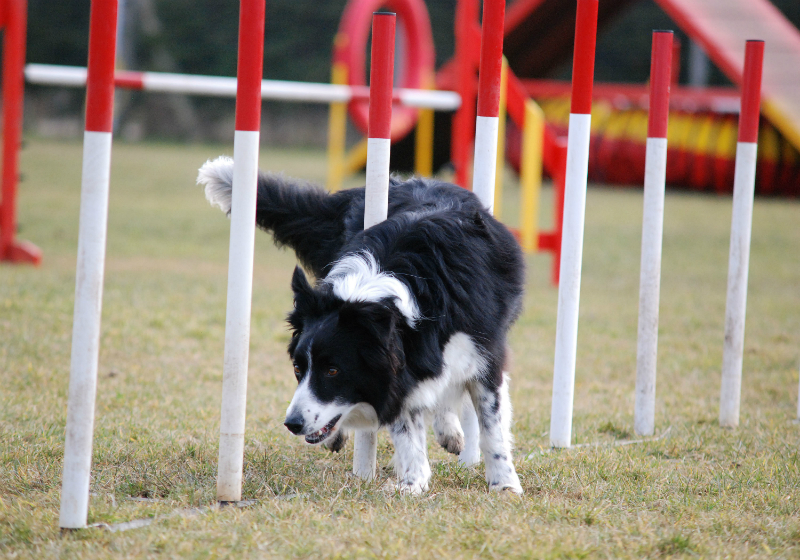 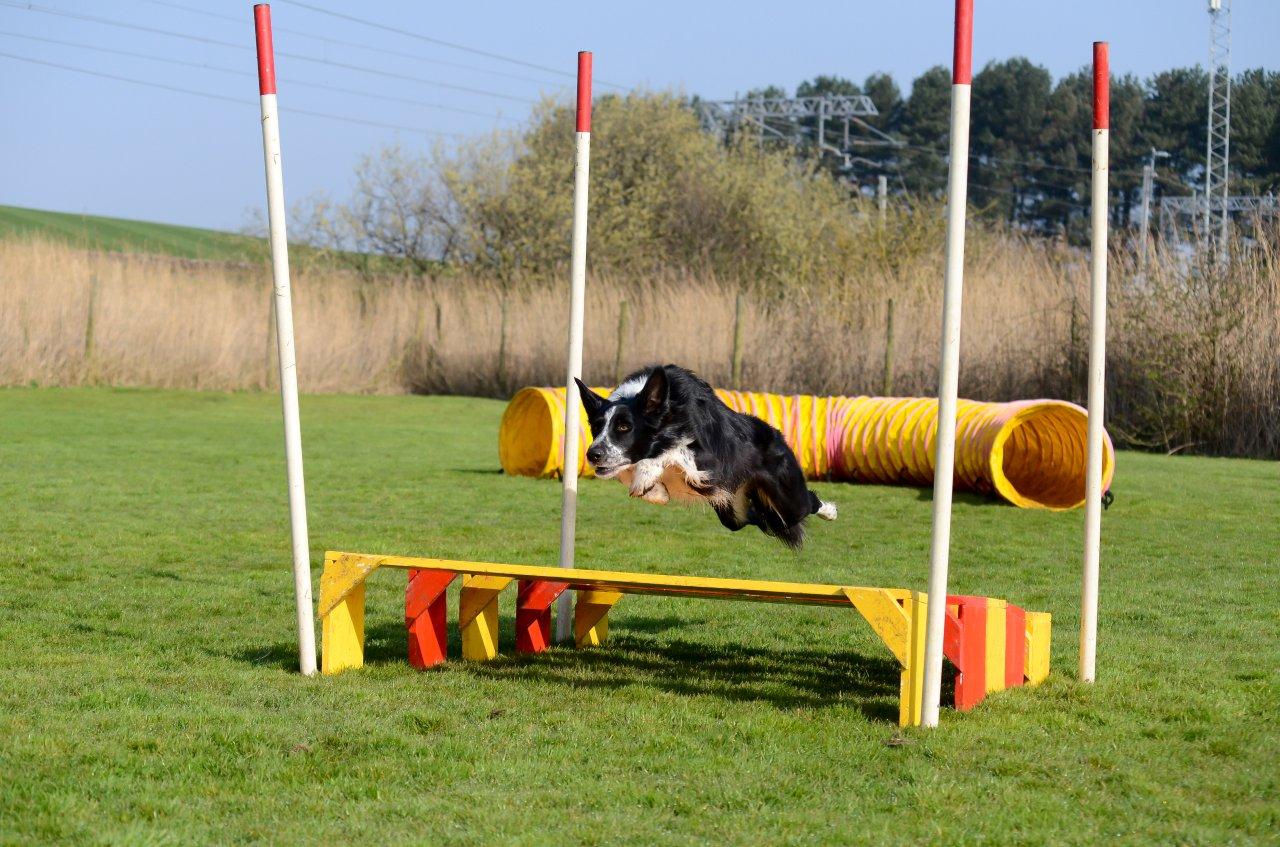